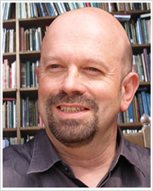 Throughout his career, Roger has maintained a clinical interest in psychotherapy for people with learning disabilities and was one of the founder members of the IPD and previously the Association for Psychotherapy in Learning Disability.

Psychiatry of Older People and Coaching

John was appointed visiting Professor of Psychiatry for Older Adults at Huddersfield University in 2000. In 2005 he retired from his NHS consultant post in the specialty.  John was responsible for pioneering old age services in Leeds where he worked as a Consultant and Senior Lecturer for nearly twenty years.

He graduated from Liverpool Medical School and worked at the Liverpool   Royal Infirmary. After a spell in Uganda, he returned to the UK and trained in psychiatry in Birmingham and Nottingham where he was the first Lecturer in the innovative University Department of Health Care of the Elderly. He was Medical Director of a large Community and Mental Health Trust and since his “retirement” he has provided medical management support and expertise to several NHS organisations.

He is a former Chairman of the Faculty for Psychiatry of Old Age and the higher training advisory committee for doctors in general and old age psychiatry at the Royal College of Psychiatrists. He has published research on the development of old age psychiatry services, alcohol abuse in old age, the prevalence of mental illness in geriatric medical patients, educational issues in old age psychiatry, outcomes of psychiatric care for older people and memory services.

He has co-written or edited a number of books in the field of Old Age Psychiatry. A recent project has been a new book Practical Management and Leadership for Doctors. He is trained as a life and business coach and alongside his academic work continues to support people working in the NHS, Higher Education and Voluntary sectors through coaching and mentoring.

Tony Zigmond has been a consultant in adult psychiatry for nearly thirty years. He writes and lectures extensively on mental health law and has designed and delivered Section 12 and Approved Clinician courses since their inception. Tony has served as a Mental Health Act Commissioner and SOAD and has advised both the Care Quality Commission and the Department of Health.
As Vice President and Royal College of Psychiatrists lead on the reform of the Mental Health Act, Tony gave evidence to two Parliamentary Select Committees (draft Mental Incapacity Bill and Draft Mental Health Bill) and Parliament’s Speaker’s Conference. He was a Special Advisor in the House of Lords during the Mental Health Bill’s passage through Parliament. He has also advised on mental health law reform in a number of other countries.

Join our network of expert trainers